FREE SHIPPING ON ALL ORDERS

One of the main areas of public unease pertains to the source from which skincare companies get their fibroblast cell stock. Various groups have taken ethical stances against the use of foreskin tissue from infants and the areas of concern have resulted in several class action lawsuits.

Fibroblasts enjoyed a rebound in popularity in 2013 when Oprah Winfrey endorsed a fibroblast-derived skincare product. And while the popularity of fibroblast products has ebbed since that time, FACTORFIVE scientists do believe that fibroblasts are a good source of some types of protein signals. They just aren’t the best source. 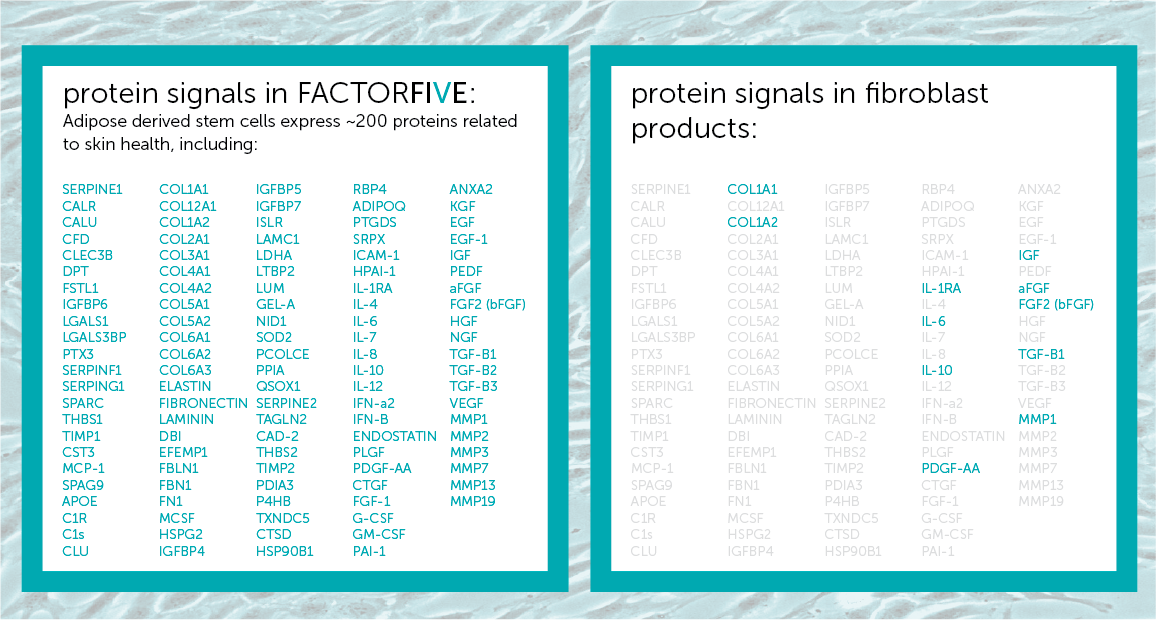 This is an important difference in skin health because many of the most important signals for things like the creation of elastin, antioxidants, immune responsiveness, and tissue remodeling are not found in fibroblast signals. For that reason, FACTORFIVE scientists have looked to ASCs as their tissue source for safe, ethical, and human derived proteins.